You are in the process of creating a booking for a specific quantity of passengers, due to system restrictions, each booking should contain the same number of passengers travelling, Would you like to start new booking?

are you sure you want to delete this itinerary?

No services in your itinerary, You are now redirected to the home page

Scroll Down in order to accept

You do not have enough credit.
Click to payment.

We Are sorry, it seems like there is no flights in the dates you have chosen

One of the ancillaries is no longer available, please try again

One or more of the flights have reached the maximum capacity of infants allowed on board, please try another flight

Please check that all of the details are correct, and fill the missing ones

You can't book return before departure

You already have a flight in your itinerary.
How would you like to proceed?

Please note, click on will delete all the flights and ancillary in your itinerary and replace it with your new choise!

Your session expired, You will now be redirected to the home page and you can start again.

Dear customer, this booking has inconsistent number of passengers, redirecting to homepage

There is an issue with this booking, please contact the airline 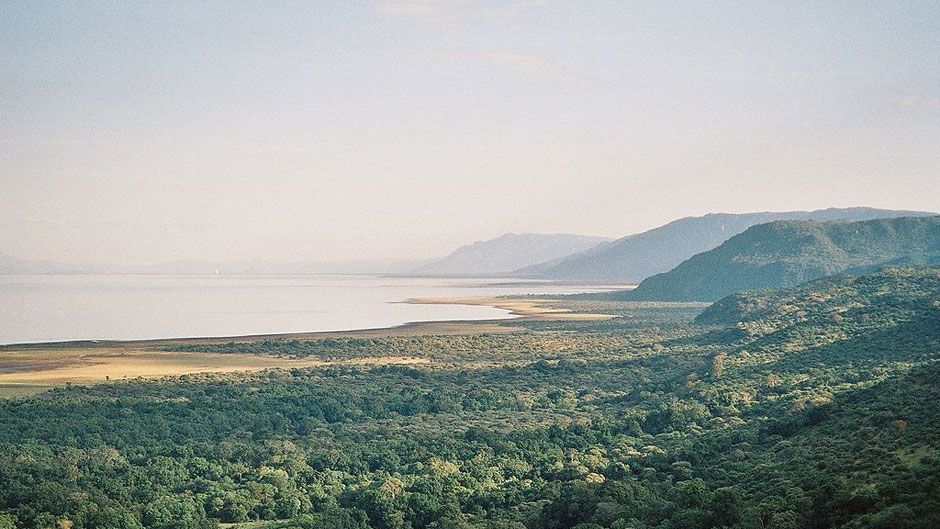 This beautiful Lake Manyara National Park is at the base of the Great Rift Valley escarpment and comprises of a diverse range of habitats ranging from the rift wall, ground water forest, acacia woodlands, open grasslands, the shore of the soda lake - Lake Manyara and, finally, the lake itself. Entrance to the park is via the village of Mto wa Mbu, 130 km from Arusha, along the rift wall. The park often appears to be in a heat haze created by the lake and lake attracts considerable birdlife.Its surrounding terrain contains such a rich mosaic of different habitats that it supports a large number of animals.

Like most Rift Valley lakes, the water is alkaline. This attracts vast flocks of flamingos, which form pink foam against a silver background of water. There are numerous water birds in the area, including storks and pelicans that waddle around next to short grass on the shore of the lake. The park is a bird lover's haven with a variety (350 species) of local species inhabiting the forest and bush. The best time to observe these birds is in the late afternoon and early morning.

Lake Manyara National Park provides sanctuary to a variety of animals like the gazelle, impala, buffalo, wildebeest, hyena, baboon, giraffe and hippo. Manyara is also known for its tree-climbing lions.

Lake Manyara, Tanzania and the areas outside the park has become a hub for active adventure guests where many stop over to enjoy activities such as horse riding, abseiling, mountain biking, canoeing and nature walk safaris.